Better or Bitter Life for all? 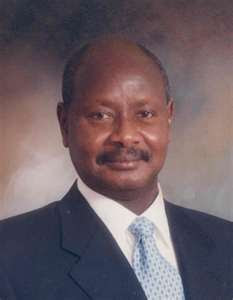 When I deeply muse on how an arrogant and brutal cabal of hoity toity (Coverted Con Men (CCM)) is tirelessly hoodwinking and dividing the hoi polloi of ill-fated Africa, like a bomb, I feel like exploding.

I’m not a medical doctor. But thanks to my knowledge in psychology, education, journalism, law and conflict resolution studies, I can easily predict the gloomy future of Africa shall things remain as they wrongly are today.

Look at how menacingly hunger, corruption, selfishness, dictatorship and all maladies are clobbering our people. We recently witnessed some of people being killed, beaten and jailed simply because they did the right thing at the right time. In Uganda, the authorities brutalized the citizenry just because they voiced their anger. Instead of solving their problems, the authorities responded with bombs, gunshots and tear gas! Is this the food people wanted? Can violent and brutal silencing of Ugandans solve the problem or escalate it?

Currently hunger, joblessness, inflation, mega corruption, impolicy and sick economies, among others, are the only things we know. But again, the cabal of rulers that are looters is not affected. They have a lot of money they rob from us by the way of taxation. Even the budgets of their dockets and those protecting them are not affected. Our education systems are clogged with ignorance and impolicies thanks to producing unthinking rulers that cannot envision the danger they are blindly inviting.

Life almost everywhere in Africa is becoming useless and meaningless for the poor. All essential items are exorbitantly expensive. Who suffers? The common person of course.

But again, whilst the common bin-Adam is in limbo, the top dogs are increasing their emoluments and yum-yum. This is why Ugandan authorities did not see any logic in complaining about price surging, hiking of items, maladministration and what have you. They have their tummies full.

Sadly though, the same guys beating and jailing people are the same that promised people the whole heaven on earth! So too, they are the same honourable theives behind all these miseries hoi polloi is facing. Ironically, they still have the guts to kill, beat and jail! Can Yoweri Museveni hear and understand me? Zing.

Importantly, it should be underscored. Hosni Mubarak and Zine Adine Ben Ali faced the same situations and acted exactly the same way.

My shew stone tells me that the same people they mistake of being coward and docile will one day turn tables against them, and their illusion and brutality will be the good sources of their cascade.

People will nary live in lies wrapped in sweet and many promises of better life for all that turn out to be but sheer fiction. Though this is done as the process of waxing, in essence, it is but waning. Look at what transpired in Egypt, Ivory Coast and Tunisia just recently. Do these brigands think our people are zombies that can nary learn? This is but the “sign of the times” that needs to be read carefully and honestly. For the above mentioned countries are economically better off comparably.

Nonetheless, many provoking questions still boggle my mind. Is it better life or bitter life for all? How can life be better for all, whilst a few of us is living in heaven, whilst others (majority) are living in a hell on earth? Does this post-colonial promise of better life for all include slum dwellers, beggars, unemployed and all those suffering in the miseries for decades in Africa? Here is where the metaphor of waxing and warning comes in.

How can better life stop being bitter if at all, if a few of our venal rulers and their sycophants are able to steal billions of hard-earned dosh without facing the music? Aren’t we sick even feeling sarcastic of the ennui for being in bed with this inimical lot? What can such moral-bankrupt braggarts do apart from self-serving competitions as evidenced almost everywhere in Africa? How long shall we remain their victims in bondage?

To do away from all this bullshit, indeed, we need to hit them where it hurts, as James Hadley Chase once put it in one of his masterpieces. Take on them like Egyptians, Tunisians and Libyans did. Our venal rulers, or call them looters, pretend to be an island so as to maltreat already maltreated people with deceit and tear gas.

Going on smooching them shows nothing but malady and demise altogether. For how long are they going to gang rape us like sick minions? Happiness and life were created for all equally. We, thus, need to erase this anomaly so as to enjoy these beautiful rewards from the creator. After all, we have a short time to live. For we’ll one day die. Why were Egyptians and Tunisians able to boot their tyrants out not us? This is but our challenge.

People are afraid of death. Yet they die of and in miseries. It is better to die fighting for honourable life than living in a miserable one. Though death is the same, the way we die makes a difference. The death of a self-made slave is different from the hero. Who wants to live and die like a dog?

No dog can boast of better life. Being a dog and being tamed are two miserable things a human being should nary become. A dog is a dog whether it is fed or starved. Fat and starved dogs are all called dogs. Dogs that live in the castles are more humiliated than those put up in the wilderness. No human being should think or live or be treated like a dog by another human being.

When one accepts “dogness”, indeed, “he” is done. Such a person is chronically sick just like the one torturing him or her. Sick are all that live in the miseries they see and know without taking actions. So too, are those that cause those miseries simply because they’ve power. Peppery relationship with tormentors is better than peaceful acceptance of exploitation and humiliation.

Likewise, sick is everybody that exploits another. Those that exploit, cheat and take others for a ride are dogs despite being overfed on the toil of their victims. So we are talking about two types of dogs: overfed and over-starved dogs! Dogs are dogs. For they all have masters. Without masters, a dog is a mere wild dog. It is either a better or bitter life. But again a dog is a dog. A human being should nary be.
Source: Afro Spear May 14, 2011.
Posted by Ndugu Nkwazi N Mhango at 10:47

You're so awesome! I do not believe I have read a
single thing like that before. So wonderful to find somebody with some unique thoughts on this issue.
Seriously.. thank you for starting this up. This web site is one
thing that's needed on the web, someone with some originality!