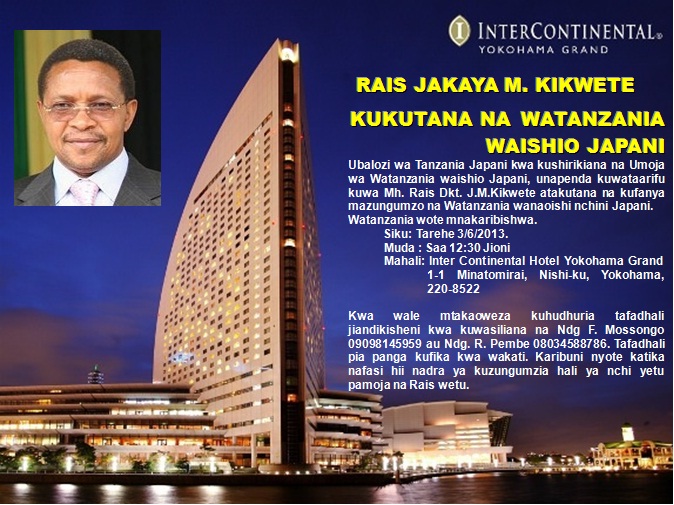 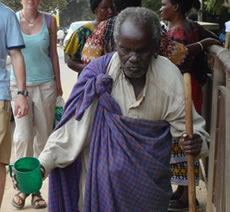 I was invited to Nairobi aka Nairobbery just recently to participate in the just concluded peaceful demos aimed at stopping greedy Member of Mjengo from increasing their yum-yum. Under what’s known as over-the-top-greed-reloaded, Kenyan patriots wanted to show the MPs how Mpigs they've become. The first bird gets the worm. I, thus, didn't waste any time. How could I take a back seat and wait to be told while such avarice needed patriotism- reloaded action? Needless to say, who knows? When my own hishimiwas become as greedy as pigs or next to it? Methinks shall this happen, my Kenyans allies will reciprocate by joining me to call ‘em Mpigs.
There are some realities one needs to ponder on. Why’d the so-called representatives of the people become the representatives of their tummies in the first place? Why’d they turn a hunk into shamba la bibi like Danganyika aka Bongolalaland?  Instead of letting the Mpigs make modifications on their ploy, we wanted to force the make mortification in their ulaji.
Thirdly, why’d Mpigs go to Mjengo and deliberate on issues that the voters didn’t send them to?
Four, why’d Mpigs feel neither pity nor shame just like pigs?
If anything, the answers to these questions are what we called Mpigs in lieu of MPs. Metaphorically, even organically; this is a strong message to all self-seekers in public services all over the globe.
The second contentious issue’s why Mpigs should use their power to make laws that favour them instead of their boss namely voters?
After musing on all those important questions, among others, I found myself traveling to Kenya to help other boozers to teach those Mpigs a lesson.  I was under what psychologists call impunity rage. This is the situation that causes rage to those affected by impunity just like Road rage to drivers.
Having a non-forgery PhD in Mass Mobilization and Human Behaviour Analysis, I was the most welcome force on the occasion. Again, those who think I went to blow somebody ass out of the water got it wrong. I went there to save humanity from the hands of greedy Mpigs. Mine’s to make an experiment to see how pigs behave when they become MPs even for a second as it happened in Nairobbery. True, pigs are cool and non-hypocritical when it comes to shamelessly display their greed. That day we dispatched our pigs and piglet at Kenya’s Mjengo, they started displaying their rapacity right away. The difference from MPigs is that Pigs know no sanaa or pretense and ballyhoos.
You know what.  I’m the one who coined the name Mpigs. Whether this is true or not, pretend that truth has many meanings and characteristics. Those who studied ethos, logos and pathos know what this is. Truth, just like any concept, is polysemic by nature. Your truth is not necessarily my truth. There are many truths and this is my truth.
Against all odds, after arriving in Nairobbery, I advised Bunge la Mwananchi to bring me some piglets, sows or gilts that we’d use symbolically to depict the MPs by showing them the logic of calling them Mpigs. As I said above, logos constituted with pathos were at work.
Why piglets and gilts? We wanted to show how guilty of greed Mpigs are just like pigs are. We agreed that if Mpigs’ cupidity goes on we’ll bring hyenas, fox, rats and caterpillars next time to symbolize greed a great deal more. Essentially, we wanted to show how dirty and shameless Mpigs are. Those who know pigs well will agree with me that they don’t have the word pity in their small brains. So too, pigs eat without stopping even if they’ve had their fill.   They eat and poop wherever they are just like insects. The difference from Pigs and Mpigs is that Mpigs use both hand and legs to eat without even washing them. Pigs have big heads but small brains. Also, pigs don’t care about other as far as eating’s concerned.
Those fyatus in Kenya were saying that many fat Mpigs should be convicted and the evidence that they are greedy must be their tummies resulting from swindling public trust and property. In a nutshell, pigs and Mpigs are among nasty beasts one can have.
Aren’t the folks who sleep in mjengo Mpigs? What of those dudes who steal money and stash in offshore banks such as Jersey Island, Island of Man you name it? What of the Mpigs who go to mjengo just to solicit sitting aka makalio allowances? How about those who abuse others like Mr. F**k you aka Sheukamba, Lushinde, Khatibuu and others who turn mjengo into kijiwe as some form four failures once wrote in their final exam?
Guess what. We discovered that parliaments are full of wrong people. Right people are in the streets. Jails are full of wrong people and wrong people are free in our streets and offices robbing us. Who’d believe that we’d be beaten for telling the truth? Why shooting a messenger?  By beating us they’re beating the voters we represented. Like many African hunks, Kenya’s such a notorious police force that can be abusively used by politicos to humiliate innocent earthlings.
Segway, soon I’ll invite my Kenyan sons and daughters of guns to help me take on Anna Makidamakida who’s wantonly turned our mjengo into a piggery.
Coming next week’s a special message to Sheikh Jake Kikwete on his take on religious chaos which he said are caused by foreigners while they actually are caused by our home-grown pampered terrorists and some members of his outfit lead by Mwiguu Nchemba.