“CHANGING THE GUARD” AT MBEYA UNIVERSITY OF SCIENCE AND TECHNOLOGY: AN OPPORTUNITY TO UNDERSCORE THE VICE CHANCELLOR’s RESPONSIBILITIES.

Pius Msekwa.
At Buckingham Palace, the official residence of the British Monarch in London, there is a daily event that takes place at certain specified hours; which is popularly known as “the changing of the Guard”. It refers to the colorful ceremony which signifies the moment when one group of soldiers guarding the entrance to Buckingham Palace, is replaced by another group. But the words “changing of the Guard” can also be used on other appropriate occasions; such as that relating to the ceremony of replacing one leader of an Institution, with another. One such ceremony was held yesterday, 27th February, 2019; at the Mbeya University of Science and Technology. To which I had been invited to participate, in my official capacity as Chancellor of that University.  My attendance at that event, gave me the welcome opportunity to revisit, and to make some reflections on the important matter of the Vice Chancellor’s responsibilities in the matter of administrative decision-making.


Posted by Ndugu Nkwazi N Mhango at 18:38 No comments:

When a Chancellor in Making Meets Another Chancellor 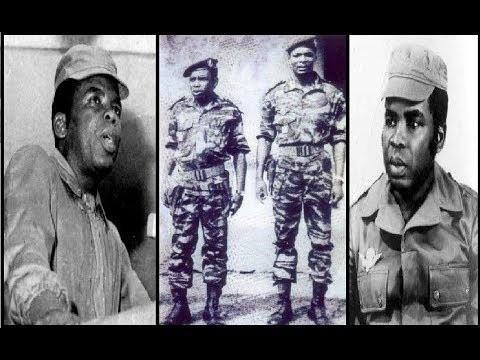 Cde Marien Ngouabi was the third president of Congo from January 1, 1969 to 1977 he was assassinated by the agents of his opponents. Two things made Ngouabi stand out namely taking the reigns of power at tender age of 31 years and changing the name of the country from the Republic of Congo to People's Republic of Congo. A revolutionary per se, Ngoubi led his country for only eight years which saw him become one of African luminaries of the time. His fate share similarity with that of another revolutionary Thomas Sankara who,  like Ngouabi, didn't only change his country's name but also died by the way of assassination led by his trusted friend Blaise Compaore.
Posted by Ndugu Nkwazi N Mhango at 16:34 No comments:

THE HERO OF THIS BLOG FOR THIS MONTH

Dr Frankland above is the hero of this blog for this month. He becomes our hero for two reasons namely refusing to be cowered by old age and keeping on using his expertise, knowledge and skills to help others. As the say goes that age is nothing but numbers, Dr Frankland is so stubborn when it comes to being put down by age. I would argue that ageing and becoming inactive is but a psychological matter. This said, never allow the numbers of your years to put you down or cower you. Looking at Dr Frankland, my friend Pius Msekwa aka MoG  is but just a young boy who is supposed to be running for office in UK or Ukerewe. Again, when I say age should not cower you, never allow yourself to marry young girls whom soon will become widows simply because they followed your dosh but not love. Be younger in constructive and realistic things that will shape your legacy but not ignominy  and tomfoolery.
Posted by Ndugu Nkwazi N Mhango at 18:05 No comments:

Posted by Ndugu Nkwazi N Mhango at 06:25 No comments: 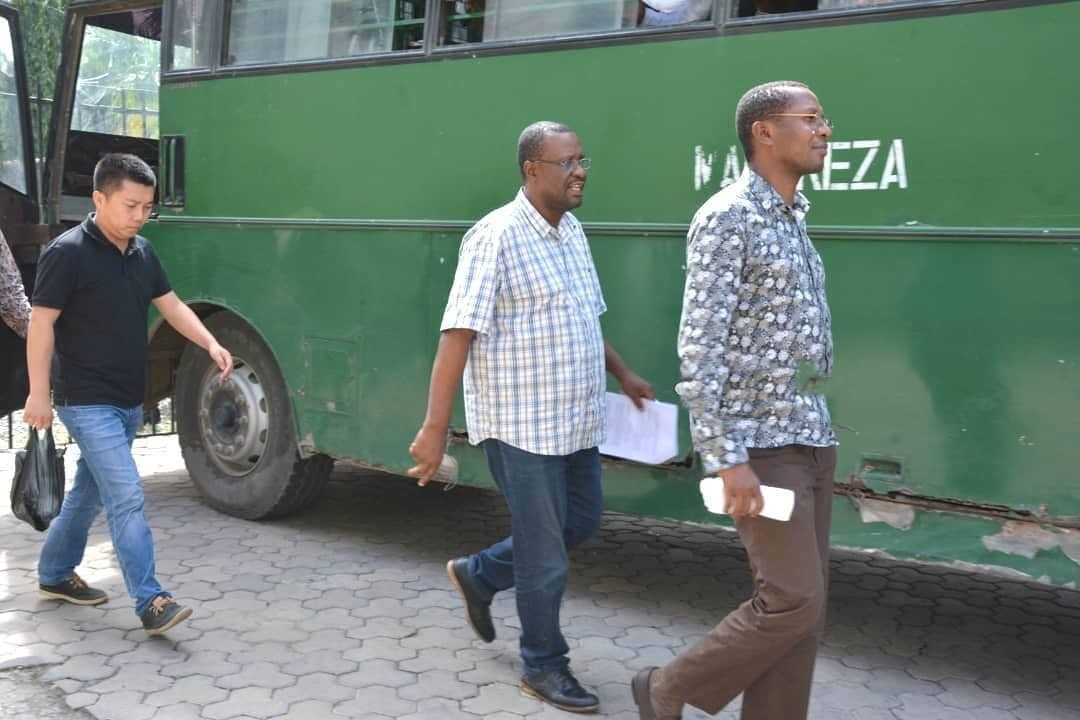 We Still Can Reverse Global Change Easily and Quickly


Posted by Ndugu Nkwazi N Mhango at 19:49 No comments: 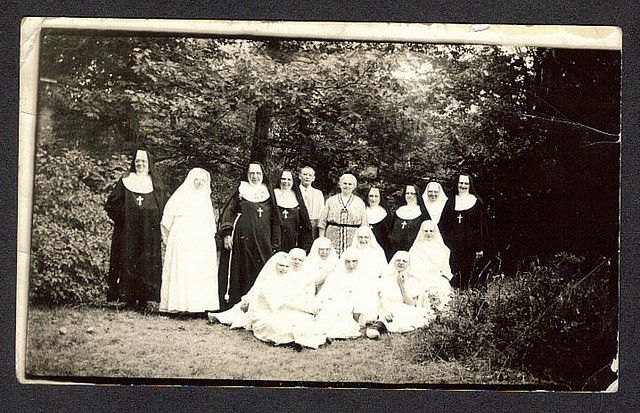 Why did God create a man first and give him burning desire for something that didn’t exist?
Who existed first in this set of facts about the creation of the first and why first not last?
Here comes the story of a clean tabernacle swindlers abused and defecated on
Here comes the story of pure creatures that ended up becoming downtrodden
Here comes the song of the vestal, ninnies or call them as they call them, yen slaves
These are our aunts, daughters, mothers and sisters suffering in the name of pseudo covenant

For many generations, hundreds of years this secret was kept intact
This is the very time the holy was regarded as holy though gory in fact
This is the time of the fable of belief wherein sinners were glorified beyond comparison
We evidenced the devils being beautified for our peril simple because of the faith screen
Now that the smoking gun is open
Those we wrongly thought were holy are but gory
Their deeds are spooky but not honky-dory

When paters and harlots team up together what do we get?
If anything, this gang has nothing for us to say but note that
It is the sacrilegious gang whose lie will always hunt them
Their lies and pretence will always be the mark of shame

They were called to answer the call that turned out to be a moral big blow
They lived a lie many did not decipher up until naked truth had their cover to blow
Now that everything is out what will they say in such a long time kept confusing tall tale?
Will the sheep and sycophants keep on giving them their trust for their peril?

To mark their humbleness and responsiveness they were given crosses to hang on their necks
To show their sheepishness and timidity, they were given uniforms to wear and hide their mess
Wherever they went they showed generosity and uprightness while they were but sex slaves
Presumed as they were saved little did we know they petered and lived with wolves!

For many years of deception and pretence what was regarded as holy was but dreadful
For generations those we used to think were noble did nothing but something shameful
Now that the truth is out what shall they do to make amends with the lie they have lived?
What will they do to assure us that they will never go back to their netherworld?
Source: The Bottom of My Heart


Posted by Ndugu Nkwazi N Mhango at 21:47 No comments:

By Pius Msekwa.
On Tuesday last week, 5th February, 2019; the ruling party, Chama cha Mapinduzi (CCM), attained the age of 42 years. This article is addressed to this veteran party, its leaders and members, in order to express the traditional salutation of HAPPY BIRTHDAY CCM.  It has been said that “memory is history recorded in our brain”. However, one Samuel Johnson, that famous British lexicographer (1709 – 84); is on record as having said the following:

Posted by Ndugu Nkwazi N Mhango at 15:43 No comments:

Had Human ingenuity been applied on Peace How Much Would the World Have Already Achieved?


Posted by Ndugu Nkwazi N Mhango at 21:09 No comments:


Posted by Ndugu Nkwazi N Mhango at 20:45 No comments:

AN INDIVIDUAL’s CORPORATE RESPONSIBILITY: THE EXAMPLE OF PIUS MSEKWA SECONDARY SCHOOL IN UKEREWE.


There is a Secondary School in Ukerewe District of Mwanza Region, whose name is “Pius Msekwa Secondary School”.  This school was registered on 14th March, 2006, with registration number S.1908; and on 10th April of the same year, the school received its first intake of  ’Form One’ students  Ten years later in 2016, the School received its first intake of Form Five students.
The motivation for writing this article, which is only a resume of information relating to the said School; came from a visit to the School by a team from an Organization known as  the ABBOT FUND, which is based in Dar es Salaam. The object and reason for this article, is to illustrate the practical application of the concept of ‘corporate responsibility’, in relation to individual persons.


Posted by Ndugu Nkwazi N Mhango at 21:21 No comments: