Dear Followers, Readers and sympathisers, I am having an interviewwith South African Primedia  on Sunday at 8:00 to 9:30 South African time in J'burg or 2:00 to 3:30 Central Times in Manitoba, Canada. This live interview, hosted by Lee Woolf 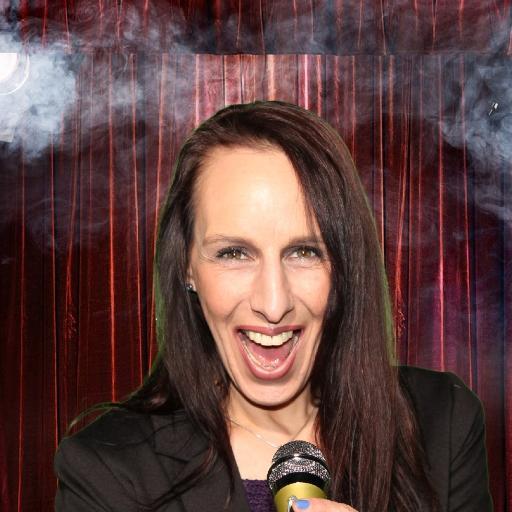 will exclusively dwell on my newest book Decolonising Colonial Education: Doing Away with Relics and Toxicity Embedded in the Racist Dominant Grand Narrative. I thus, will update you on the interview as it unfolds.
Posted by Ndugu Nkwazi N Mhango at 19:16 No comments:

Posted by Ndugu Nkwazi N Mhango at 18:22 No comments:


Posted by Ndugu Nkwazi N Mhango at 15:08 No comments:

’WAR AGAINST CORRUPTION INTENSIFIES THROUGH E-GOVERNMENT’’: We are trying but have not yet found a lasting solution.

The words in the heading of this article are quoted from a news item which appeared on page 8 of the DAILY NEWS on Friday, June 21st, 2019, which continued thus: ‘’The Internet Society (ISOC) Tanzania Chapter, sees promising results in the war against corruption, as the Government now embraces online services through the e-government system. The Society’s remarks came at a time when the fifth phase Government has heightened the fight against the vice in the country’’.

Posted by Ndugu Nkwazi N Mhango at 21:17 No comments:

The coming of the DRC to the EAC is tipping point

News that the Democratic Republic of Congo (DRC) has officially applied to join the East African Community (EAC) is good news member states must have welcomed and cheered. This is because the DRC is not only humungous in landmass but also in resources. This resource-parked country, if well utilised, apart from improving the conditions of its people, it will contribute immensely to the economies of the EAC member states and the regional in general.
The coming of the DRC to the EAC presents a golden opportunity for commerce due to the fact that since the country gained its independence that turned out to be its burned, has never been developed. So, goods of all kinds are needed to be supplied. This means, the industries in the area have a very big and reliable source.
Likewise, the DRC needs to be constructed mainly its infrastructure. This presents another opportunity to cement factories, building materials and construction companies in the region that will win tenders to build this mega country.  By presenting such huge opportunities, the businesses an investment that will be done after this country joins will not only benefit companies and factories but other areas such as employment, service provision, transportation air, land and water, hotels big and small and others as well.  Further, this presents an opportunity for regional businesspeople to enter partnerships to supply each other each need from another.  Arguably, the EAC needs to work fast and fast-track the membership of the DRC as it seeks to entice other countries such as Zambia and others in the region that seek to make good of this regional unification which must aim at unifying the region not in a big bloc but a big solid country. If this succeeds, it will be a good reagent for the unification of the entire continent as the only doable, plausible and practical means of liberating Africa from colonialism, dependence and poverty among others.
Theoretically, if the EAC becomes a solid country, the plunderage of the DRC will come to an end and result into an opportunity the EAC can bank on. In this, the EAC needs to be spot on and right on the money to turn the DRC that used to be like a blight into a bright future of the country and the region or a new country resulting from the EAC.
In his letter for application for membership of the EAC, DRC’s president Felix Tshisekedi was quoted (Daily Nation, June 14, 2019) as saying that “this request follows the ever-increasing trade between the economic players of the Democratic Republic of the Congo and those of the states of the Community.” I am sure with the membership to the EAC, trade will become healthier and more increasing than it currently is not to mention the member countries to see to it that the DRC is becoming peaceful so that they can go on enjoying and benefit from such an opportunity from its sister member state. Importantly, the EAC needs to have a joint protocol of joint responsibility in that the problem of any member is the problem of all members.
Resources of all kinds are plenty in the DRC. By joining the EAC, the DRC will signet the gap the coming of tiny countries without resources except their population such as Burundi and Rwanda caused. The DRC still have not only a virgin soil but also an inhabited big chunk of land that can address many landlessness problems shall the bloc decided to become one single country wherein its citizens are allowed to acquire land and live anywhere.
Although the issues of landlessness and land in general have never been brought to the fore, they were thorn. This is why Tanzania that currently is the giant of the region in land and resources was adamant to fully immerse itself in the EAC. With the coming of another giant, shall efforts be undertaken for the total unification of the EAC, will have nothing to worry about or holding it back. Compare the DRC’s population of at about 92, 000, 000 and the landmass of 2, 345, 409 km2. compared to the EAC’s population of at about 170, 000,000 and the landmass of 2, 467, 202 km2., this is why the coming of the DRC to the EAC is a game changer.
On its side, the DRC by joining the EAC, is surely assured of minimising feebleness and vulnerability resulting from conflict it has faced and suffered from those who put the boot in since gaining independence. Its membership to the EAC also assures the DRC of economic and political development as Tshisekedi concurs noting that “so that we can work together for the development of our respective countries and stabilise this part of Africa.”
Quite frankly, the arrival of a new kid on the block into the EAC is but a game changer shall the regional body take this challenge competently and strategically. Thus, the duet needs to equivocally and seriously gear up for staid business that’ll see them actualise and realise the dream of unifying the continent of Africa. Shall the EAC unite and form one big and strong country, apart addressing some chronic problems and have a strong voice internationally, others will either ask to join or take a leaf out of book.
Posted by Ndugu Nkwazi N Mhango at 13:43 No comments:

This Goon Should not Be Ignored; Kenya should not Play with Fire


Posted by Ndugu Nkwazi N Mhango at 18:57 No comments:


Posted by Ndugu Nkwazi N Mhango at 18:44 No comments: