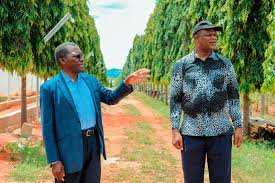 Posted by Ndugu Nkwazi N Mhango at 11:41 No comments:

ABOUT TRIBAL CHIEFS AND CULTURES : A SPOTLIGHT ON THE CUSTOMS AND TRADITIONS OF THE PEOPLE OF UKEREWE DISTRICT.