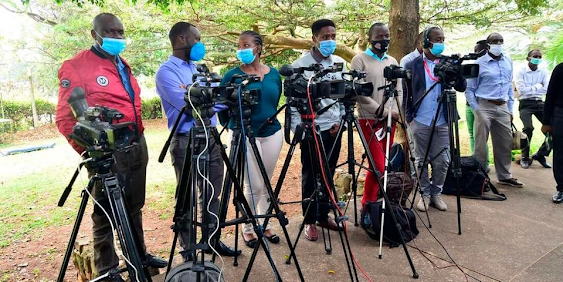 Journalists during a press conference by Youth for Musalia Nairobi (YMD) where the youths declared their support to ANC Party leader Musalia Mudavadi in his bid for the presidency in 2022 at Jukwa Lounge hotel at Uhuru Park in Nairobi on July 14, 2020.

By Makau Mutua.  Professor at SUNY Buffalo Law School and Chair of the KHRC.

I’ve argued the Kenyan press – television, radio and paper – should endorse candidates for office, including those for president of the republic. However, my suggestion they do so was last week met with some loud howls on Twitter. Senior Counsel Ahmednasir Abdullahi led those against.

My response was like a judge’s to a lawyer’s protest – objection overruled. There’s no justification, or compelling rationale whatsoever, for the Press not to offer political endorsements. Or even anti-endorsements, such as the one issued by the Editorial Board of the New York Times in 2016 (Why Donald Trump Should Not Be President, September 25, 2016). That’s exemplary civic duty.

First, the Press is a corporate citizen of the state in which it is domiciled. As such, the Press has civic responsibilities to the nation and the state. Those, of necessity, include reporting truthfully. This is critical because democracy can’t be implanted, or prosper and survive, without an independent free Press that’s anchored on facts.

It’s the obligation of the Press to advance the protection of the rule of law, constitutionalism and clean government. It’s the duty of the Press to expose official corruption and rot in government, no matter high up. The media must uphold the basic rules of human decency, equity and civilisation. It must be a teacher of high morality, empathy and of empathetic living.

Second, at its best the Press summons our better angels and suppresses our common demons. This isn’t to say there’s no room for tawdry, indecent and even dirty Press. There has to be room for all the sewer and gutter press. Let the people decide whether to pay for such press in the marketplace of ideas.

I believe in a fully free press – without any censorship. The only caveat is that the Press must take care not to offend just and democratic defamation and incitement laws. Other than that – which is for the Judiciary and not the Executive to determine – anything goes. It’s by the same token that the Press must be free to endorse, or oppose, candidates.

Third, the most important civic decision a citizen has to make is for which party and candidate to cast a ballot in an election. The stakes are very high, especially in the election of the president in a young democracy like Kenya’s.

Whether we like it or not, the head of state has an outsize impact on literally the life of every citizen. That’s why voters need as much information as possible before voting. It’s why the media must report truthfully about every candidate and party to educate – not just inform – the voter on the choices on the ballot. Democracy depends on wise and educated voters. The Press is the sole largest conduit for objective wisdom and education.

Fourth, press endorsements would help the electorate assess the party platforms, policies and personal histories of candidates. Typically, the editorial boards of the newspaper, or Press, would conduct interviews with all the major candidates before making an endorsement. Candidates, especially in the US, face tough questions from editorial boards.

Here, the board acts as the eye of the people. Candidates who are evasive or untruthful usually don’t earn an endorsement. A candidate must be cool under fire and show expertise and other forms of acumen. Endorsements aren’t for sale and can’t be corruptly obtained. The editorial board, which endorses, is separate from the newsroom, which reports. This separation is critical for objective reporting. The twain should never mix.

Fifth, in the US and Britain, presses routinely make endorsements up and down the ballot. This democratic practice is now well horned so that no one thinks that endorsements are nefariously obtained. No one can say for sure the impact of endorsements in elections. The New York Times did a Trump anti-endorsement in 2016, but he won.

In 1897, nearly all New York’s leading papers backed a losing candidate. But from 1940 to 2016, the candidates with most endorsements for US president emerged victorious. Editorial boards in Kenya should conduct “job interviews” with candidates and then endorse, or oppose, them. In the US and Britain, the decision is usually well argued and reasoned. It’s basically a grading of the candidate.

Finally, democratic practices aren’t given on a silver platter. They are fought for, grown and earned the old-fashioned way – through blood, sweat and tears. Endorsements of candidates – both the process and product – will give Kenya one more quiver in its democratic arsenal. It will likely force candidates to rely less on primordial ethnic math and more on policy and ideology to distinguish themselves.

My friend SC Abdullahi thinks Kenya’s political clock is forever stuck in the swamp of ethnicity. He’s wrong to engage in a self-fulfilling prophecy. We can be better if we dared think a little bigger. Let’s do endorsements, or anti-endorsements – to reject thieves, murderers, anti-democrats, rapists and wife-beaters.

Posted by Ndugu Nkwazi N Mhango at 12:30 No comments: 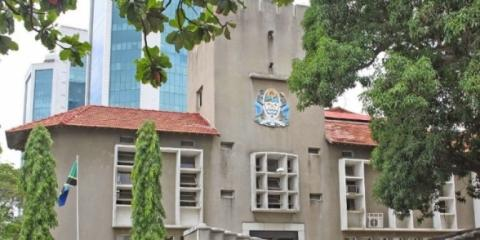 Posted by Ndugu Nkwazi N Mhango at 20:10 No comments: 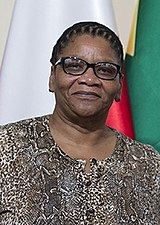 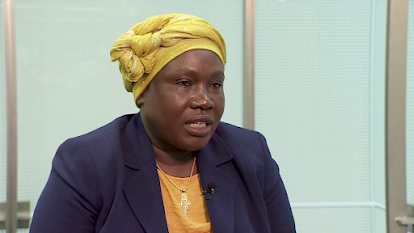 Posted by Ndugu Nkwazi N Mhango at 18:42 No comments: 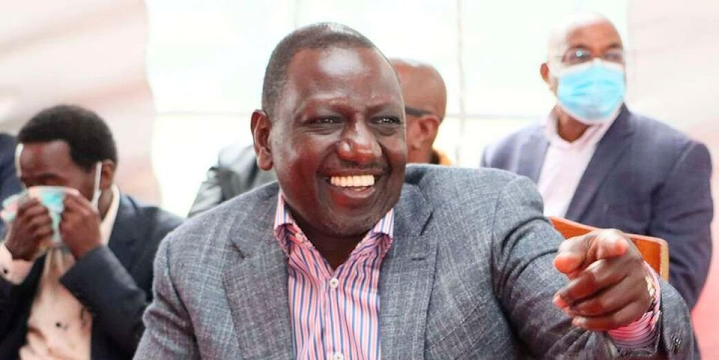 Professor at SUNY Buffalo Law School and Chair of the KHRC.

A couple of weeks ago, the Nation Media Group’s public editor, Peter Mwaura, wrote a doozy on me (‘Reader’s guide to judging Prof Mutua’s polemics against DP Ruto,Daily Nation, August, 6, 2021). Mr Mwaura cried that I had times without number taken Deputy President Ruto to the woodshed, and given him an undeserved shellacking in this column.

A week later, he defended himself from irate readers in the same column (‘Why columnists need to root their opinion in fact or strong evidence,’ Daily Nation, August 13, 2021). Some called him Mr Ruto’s puppet. That’s not my view, but methinks Mr Mwaura should definitely know better. Which begs the question – why would Mr Mwaura, the scribes’ ethics cop, carry so much water for the man from Sugoi?

No, Mr Mwaura, I don’t hate Mr Ruto. Let me dig deeper to peel your eyes.

First, Mr Mwaura seemed to conflate the media ecosystem inhabited by columnists with the straight-jacket that clothes reporters. The latter report on what they see, hear, or feel with as little commentary as possible. Reporters are conveyer belts for news, even when they are investigative journalists who do deep dives on subjects.

The former are opinion writers, which means columnists interpret the news and events from their point of view, or bias. Mr Mwaura seems to think that bias is per se a bad thing. No – bias is what makes me different from the bozo next to me. As Senior Counsel Paul Muite often says, if two of us are the same, then one of us is unnecessary.

Second, much of the ink in any newspaper is dedicated to passive spoon-feeding of the hapless public. Which means the reader opens her mouth and news is shovelled into the cavity willy-nilly. That’s not the purpose of the opinion pages. Op-ed writers are the closest thing to the intelligentsia in a newspaper. They think, digest, and spit out – don’t laugh – wisdom. Their job is erudition. They are reductionists of sorts. Theirs is a labour of the intellect. They tell you not what, how, or the where but rather the why – and the why not. They extrapolate and elucidate. Whereas the reporter stops at the finish line of the one-hundred-metre dash, the columnist keeps running asking why.

Third, it’s the mugumo (fig) tree that most interests the columnist. That’s because the bigger they are, the harder they fall. Columnists, unlike our sister and brother reporters, shouldn’t drill down on the mundane – unless it tells a larger story. Rapportage isn’t our forte. Our job as columnists isn’t to report history as it happened. That’s the job of reporters, who are wired differently.

I, and my fellow columnists, are constructed from different matter. We take the road not travelled. We prick and provoke. We entertain. We bamboozle. We educate and inform. We seduce with our lingua franca. We use the secret sauce. If we leave you emotionless, then we’ve fallen flat on our faces – and shame on us.

Fourth, Mr Mwaura committed grave errors by overlooking these pithy truisms. You’d think a grizzled journalist’s head like him would know differently. So, why did he decide to risk it all? Frankly, as they say, I don’t have the foggiest!

It’s not as though Mr Ruto has been a punching bag for marauding hordes of reporters and assorted columnists. Nyet – Mr Ruto has been receiving the most favourable press of anyone in the political arena. He’s treated with kid gloves by the press, given the many scandals that dog him. How, tell me, would a person who’s a heartbeat away from the presidency get so many passes on so many scandals? It’s mind-boggling and shocking.

Fifth, you would think we would want Mr Ruto raked through the coals for the simple reason that he wants to rule us all. We are entitled to expose every inch of his life to get to know him. Really know him. In that quest, columnists are allowed more latitude of thought, analysis, and rhetorical licence than your average reporter. They are even permitted to speculate as to the why, or why not. Speculation, as long as it’s connected to fact, is the gravamen – the grist of the mill – of good opinion writing.

Rarely have I seen a public editor – anywhere in the world – complain so loudly for a presidential candidate. Pour quoi Monsieur Mwaura? Why, why?

Lastly, the esteemed Mr Mwaura went overboard in his defence of Mr Ruto. He hid behind unhinged speech by readers to direct hate and tirades at me in the pretext of hyperbole. No, Mr Mwaura. To advocate I should be put in a beehive and rolled down the hills until I am dead, and if not, fed to crocodiles in Athi River, or drowned in my own Kitui Villa swimming pool, borders on incitement to violence. I am no shrinking violet, but that was beyond the pale.

Posted by Ndugu Nkwazi N Mhango at 16:55 No comments: 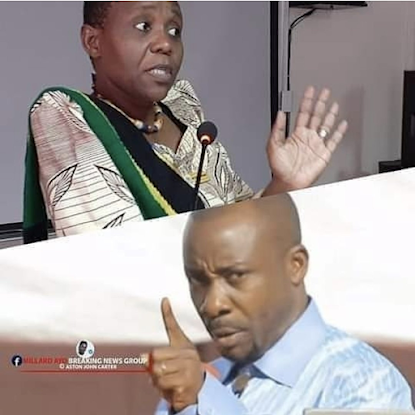 Posted by Ndugu Nkwazi N Mhango at 20:19 No comments: 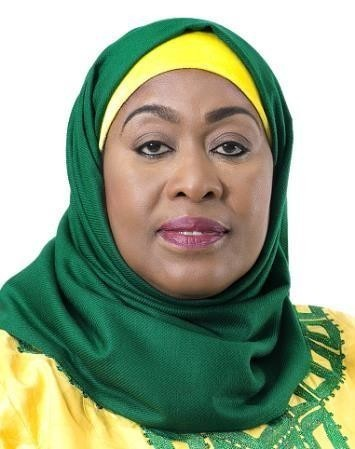 Posted by Ndugu Nkwazi N Mhango at 13:24 No comments: