Posted by Ndugu Nkwazi N Mhango at 22:23 No comments:

Westgate terror attack: who ashamed who?


After terror attack carried out by Al-Shabaab affiliated militants on Westgate Mall, President Uhuru Kenyatta was recently quoted as saying, "We have ashamed and defeated our attackers." Really? Looking at how confused and disoriented Kenyan Security Forces were, I doubt if at all, Kenya, especially the authority, shamed the attackers.  Maybe the word ashamed has another new meaning.
How could Kenya “shame” the attackers as Kenyatta lightly put it while it took long time for national security organs to chip in? How did Kenya “shame” attackers while she did not take any precautionary measures especially working on security tips from NIC’s branch in Mombasa? Where were Kenyan security organs and why did they act and performed unprofessionally? These are, among others, the questions Kenyans are asking. Did Kenya ashame the attacker while up till now the number of victims is not clearly known?
Despite all brouhaha and chest beating, Kenya still has a lot to learn and explain. The big and important lesson from Kenya’s terror attack is that, our governments are sleeping on the wheels as Deputy President William Ruto put it.  Ruto said that NIC needs to be overhauled due to the fact that security forces are wasting resources and time on chasing touts and food vendors in lieu of dealing with national security. The situation is the same in Rwanda, Tanzania and Uganda where security organs are used by politicians especially ruling cabals to protect them instead of protecting the nation. In Tanzania, for example, national security organs are abusively used by the ruling Chama Cha Mapinduzi (CCM) to intimidate, sabotage and frustrate opposition.  Refer to how TISS was involved in the torturing of Dr. Stephen Ulimboka, and Abaslom Kibanda not to mention regular police brutality and murder of innocent people such as Daud Mwangosi.
The situation is surreal in Uganda where much money is spent on presidential guards as opposed to being spent on Uganda Defence Force. Opponents like Noble Mayombo and General James Kazini died mysteriously. Despite the duo being President Yoweri Museveni’s close friends and compatriots, Uganda security organs have nary divulged what actually killed them. Arguably, Kenya was caught off guard. The government needs to admit this and move ahead. It needs to tell Kenyans why it failed them. It needs to bring about changes but not shoptalk.
Again, when it comes to Westgate terror attack who ashamed who?
Posted by Ndugu Nkwazi N Mhango at 14:47 No comments: 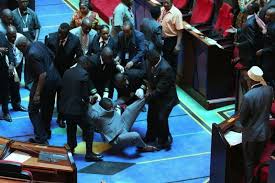 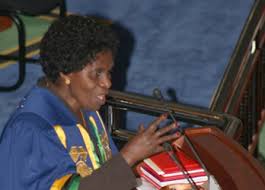 Posted by Ndugu Nkwazi N Mhango at 11:59 No comments: 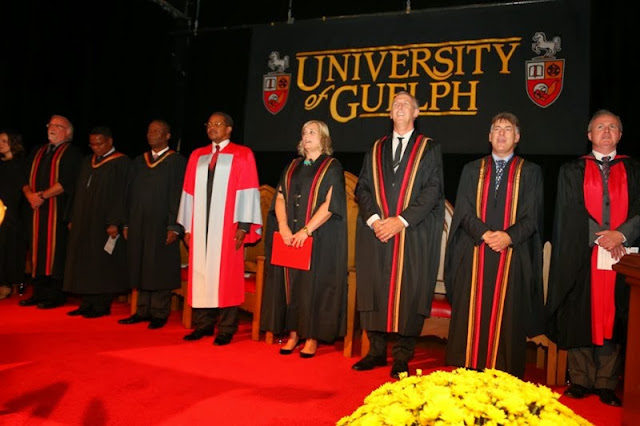 IT ISN'T NEPOTISM, IT'S OUR TURN TO EAT!

MANY with jealousy especially those that regard themselves older than others are now schmoozing that we’re eating and our rule is bogus, archaic and is made of corrupt friends. Yes; we’re eating. This is what we’re elected for. They’re saying we’re corrupt. Well, are they clean? Being corrupt is nothing new and won’t change our deportment. Let me tell you, guys. Whether you like it or not, we’ll rule as we please. So too we’ll nary listen to any nonsensical rumpus. We know. Those who lament, when they’re in 'ulaji,' didn't save for the future. Freddie Sumaye, are you there? When you were in power with Benny, you goofed for not allowing your clan to prepare themselves to take over after you, especially, in the establishment. Is this our fault sir? Joint smokers have jealousy for our yum-yum. Saying we’re ruling 'kishikaji;' and malingering is not a big deal. We won’t cave in or meddle. Tongue wagers are telling Boozers that they’re living in fear and angst not to mention dejection. This is ridiculous. Don’t you see how we brought about some changes? 'Mtaji wa maskini,' the capital of a politician is nothing but his voters; his investment is in public businesses and offices. This, too, applies to his family. Power must always be a family affair-cum-biz. If a wife can share the bed with husband why not share power? This justifies everything. If the son or daughter can use the name of the father, why not use his power too? True, we who are in power feel none of what you guys feel. We enjoy all goodies. You, too, enjoy all ‘goodies’ we promised. We enjoy the company of the fanfares of power. We seek wealth even by sitting on your shoulders. This is what forced us to vie for 'ulaji.' We promised better life for ‘all’ of us,not all of you! Sadly, when we said this, you didn't get it. You goofed thinking we meant life for all of you in lieu of all of 'us!' We didn't reach here without giving you 'takrima.' Remember? Most of those complaining are the ones who ate our money and accepted other trinkets. What’s wrong for us to reimburse ourselves through ten per cent on public deals? Actually, when we enjoy, you, do, too. We’re now in Canaan on your behalf. And that’s why donors entrust us with money to spend on your behalf. What’s good for us is good for you, too. The happiness and comfy of your president is yours, too. He and his family 'eat' on your behalf! Importantly, your leaders will do whatever possible to ensure they enjoy on your behalf. Whoever stands in their way will be standing in yours. We’ll send him to the gallows! Opponents complain that things aren't just as they were during 'Mchonga' times. Forget about Mchonga whose philosophy we butchered in Zenjbar. He wanted to build a society of angels, little knowing he‘s surrounded by devils! We've a different mission from that of Mchonga's: to ensure that all of 'us' benefit from our election promises of better life for all of 'us!' That's why our friends and partners falsely accused of corruption won’t be brought to book. This will defeat our mission and deprive them the chance to enjoy the 'cake' they love so dearly. This is our turn to eat. Those left out should wait for their turn. So, those accusing us of bad things, especially our ruling party, should stop immediately. Their turn will come. Folks, especially elders yelling at us, please shut up or put up. This is Bongo where everybody minds his or her biz. To get it better, read the book 'The Rich Get Richer, and the Poor go to Prison!' Today’s wisdom is: when cornered, a vulture cries 'wolf' to get away with it!
Source:  The Business Times Sept., 20, 2012.
Posted by Ndugu Nkwazi N Mhango at 20:39 No comments:

TANZANIA: THE ‘GOODIES’ OF THE NEW DRAFT CONSTITUTION

INDEED, I was in a real cocktail party phenomenon as I mused about the goodies of Tanzania's new draft Constitution. I was over-delighted to note that things are moving. Unexpectedly though, who knew that our demigod president would be pruned of his discretionary powers? Is doing so a big deal, or we are making a big deal out of nothing? To boozers, the draft Constitution is a big deal however paradoxical it may seem. We’re going to have three presidents, three first ladies and three NGOs of every hankypanky in the name of minting and printing money? I’m trying to imagine myself going to get kanywaji in the streets of Bongo. What will happen, say, three presidents, three vice presidents, three premiers, three first ladies and six wives of PMs and VPs separately going to Sabasaba trade fair? How many hours I’m to spend pointlessly in traffic jams? What a wonderful world for them but worse for us earthlings! Again, some shrewd guys call this devolution of power which means destruction of dosh for a poor taxpayer of this over-exploited hunk. 'Ulaji ndani ya ulaji!' How many shangingis are going to be purchased to transport the high and mighty? Who’ll foot this diabolic bill? Is this the way forward or the way backward? Why don’t we truly unite and form a single country with a single government if we really mean to do well to ourselves and the future of our kids? Who bewitched us? Are our people going to offer themselves once again for being exploited maximally? Time will surely tell and judge. Will our new presidents globe-trot just like it is now when president spends a half of his tenure in office traveling? How much will the spouses of the biggies scoop in their shopping trips abroad not to mention per diem? Don’t get me wrong. I see things happening everyday. I see our top dogs always accompanied by their spouses almost wherever they go. I see all unwanted members of their big entourages abroad. It is a booming biz. The other day I was planning to move to Masaki or Mikocheni. After reading the new draft Constitution, I aborted my plans. Who wants to spend half of his life in traffic queues? Just imagine. What will happen in the morning and evening when six top guns go to and come from work? What of their wives’ unregulated trips to and from the city? What of their security details? What of their vitegemezi? If I were president, I’d not need such heavy security detail. If, indeed, our leaders are godly people, why do they fear the people they rule? Of course, if you’re a president who tells his people lies, then beware. You need to be ensconced amidst many bodyguards thanks to the pent-up anger people have with you. To avoid all this mess, just do the right thing: deliver on promises you made during election campaigns. Make sure you tell your voters the truth always! And, never, never allow your presidency to be a family biz! Many presidents and their spouses usually wreak havoc on their people. And, have you ever thought that, if you allow utitiri of governments, you’ll end up poorer and poorer? Also, ask yourself how you’re going to benefit from this abracadabra stuff. As you frown at queues on our roads, don’t be fooled that this is a sign of economic growth!
Source:Business Times Sept.,18, 2013.
Posted by Ndugu Nkwazi N Mhango at 09:10 No comments: