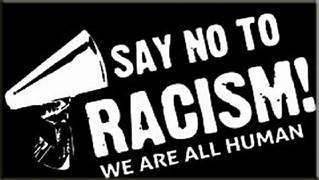 Let’s name it; and own it. There’s an issue that, for many years, has been treated like a taboo. This is none other than Africa’s intra-racism or racism among Africans themselves. To many Africans, racism exists when whites or the so-called whites discriminate against them but not when they discriminate against each other as we’ll allude on in today’s piece that goes into the real belly of stinking racism in Africa committed by Africans against their colleagues under different red herrings.  Although Africans from the Maghreb namely Algeria, Egypt, Libya, Mauritania, Morocco and Tunisia and the Sub-Sahara Africa (SSA) complain about being discriminated against in the West, they too are responsible for stinking sin though not all. Luckily and accidentally, in the west, all people from Africa are Africans and Africa is one country. Is this because the west knows more of who Africans are than they do or simply because it is the one that divided them?
Arguably, when it comes to Africa, it can be the most racially divided and ironically a racist continent either based on artificialities and other bunkums such as history, biological features such as the length of legs, noses, and slightly colour and hair differentials or colonial carryover such as modern ultra-nationalism wherein Africans discriminate against each other based on the colonial-invented-and-superimposed-and-maintained-by-black-colonialists borders and other codswallops such as Cameroon’s Anglo Cameroonians vs Franco-Cameroonians that are currently brutalising and butchering each other mindlessly.
Likewise, Africans still discriminate against each other based on foreign religions i.e. Muslims vs Christians, Christians and Muslims vs the so-called atheists, pagans and traditionalists etc. It is no longer a taboo to hear some Africans calling each other names or even killing each other based on religion differences. Recent examples of massacres in the Central African Republic (CAR) speak volumes when it comes to such racism and hatred. Two Christian and Muslim groups, Anti-balaka (roughly means “invincible”) and Seleka (the Union of Democratic Forces for Unity (UFDR), the Union of Republican Forces (UFR) and the Convention of Patriots for Justice and Peace (CPJP)) respectively engineered and carried out the killings of the members of each group not to mention the Rwandan genocide, 1994 between Hutus and Tutsis that premised on toxic ethnicity as a colonial carryover.
Secondly, Nilotic Somalis discriminate against Bantu Somalis whom they refer to derogatively as Jareer-Jiffi or “stinky, kinky haired” Gosha or a riverine forest infested with tsetse flies, and Mushunguli (Bantu language) (www.somalispot.com, Nov., 19, 2016) or slaves; Ethiopians vs Oromo they call black slaves or Bareya or Shanqalla while they all are black themselves. Thanks to “victims of Arab/Islamic apartheid” (Huffington, Oct., 18, 2013), Northern Sudanese discriminate against Darfuris and South Sudanese they call slaves or abid or Sudan which, regrettably is the same derogative tag Afro-Arab in Maghreb and Arabs in the Middle East use to refer to all black people including Ethiopians, Somalis, Sudanese and anybody from SSA.
A third category involves Indians whom British colonial rule brought to sabotage Africans who still practically and systematically discriminate against their African hosts. This is because, for the many generations they’ve lived in Africa, they’ve never fully integrated with their hosts mainly because of being allowed to maintain their caste system many post-colonial African regimes ignore up until to date. In India, Africans are referred to as kalu or monkeys or absiii or chimps (Mwananchi, Feb., 14, 2016); and they face lots of brutality from being beaten and killed to being refused to interact with Indians in public services such as pubs.  In the same breath, Afro-Arabs in Africa and Arabs out of Africa still discriminate against Africans. Arabs and Africans are connected by partly marriage wherein people of Arab descendants are semi-integrated by marrying African ladies (without reciprocity when it comes to their daughters) and Islam. On 24 September, 2018 there was a photo on social media of a gruesome murder of Zambian Chrispine Mwale who was killed by Chinese nationals simply because he was dating a Chinese girl.
Another category can be drawn from the United Republic of Tanzania (URT) wherein Islanders discriminate against mainlanders who call each other machogo or uncivilised people mdebwedo or lazy ones (Mzalendo, Nov., 8, 2013). South Africans against their neighbours derogatorily referred to as makwerekwere or slang for foreigners in South Africa (Citizen South Africa, May 28, 2018). Further, the Citizen quotes Julius Malema, the leader of the Economic Freedom Fighters (EFF) as saying that when it comes who is makwerekwere or not, it is only Khoi and San who are not makwerekwere. He says “we came from the north and the Khoi and the San people were in Southern Africa. The Khoi and the San welcomed us here and we settled here” to end up discriminating against others even those who contributed hugely to the liberation of South Africa from apartheid regime.
Although Africans tend to turn a blind eye to this barefaced intra-racism, indeed, it exacerbates the division of Africa. There’s no way Africa can complain about or fight racism against its people without taking on its own messes resulting from the same vice. In fact, Africa needs to decolonise itself shall it aspire to move forward. Things like colonial nationalities emanating from the division and partition of Africa that created the modern day African states, religion and other colonial dregs are behind Africa’s miseries be they self or foreign inflicted ones. To do away with such self-inflicted wounds, Africans be they Maghrebians, SSA, Asian-Africans, need to be Africans first and something else last. Those who think their racial identities are more important than African so as to become Africans accidentally, should find; and go where they think they rightly belong.
In sum, Africans and their governments should matter-of-factly start to fight against this vice so that they can know who belongs to them and who don’t in order to pull together and thereby deracinate Africa from such self-inflicted lesions resulting from its past and post-colonial eras.
Source: Citizen, today.
Posted by Ndugu Nkwazi N Mhango at 05:57