Nationalism, a danger to democracy 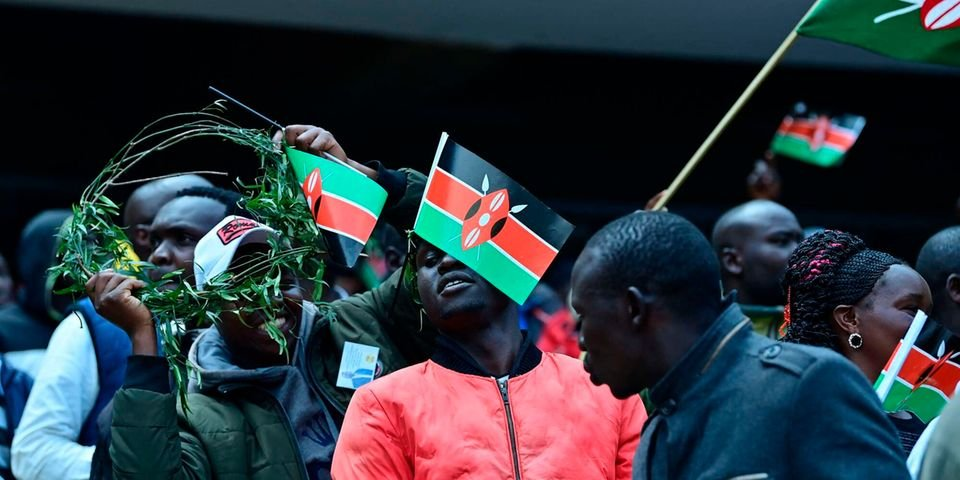 Kenyans gather at the the Moi International Sports Center Kasarani in Nairobi, Kenya, on September 13, 2022 ahead of William Ruto inauguration ceremony.

Few forces in history have been more enduring – and more destructive – than nationalism, or its close derivative, sub-nationalism. Nationalism does not necessarily have negative connotations.

At its core, nationalism can be understood as an ideology that advocates that the nation – the political society and the state – is the locus of sovereignty and self-governance free of external coercion and domination. In this rendering, nationalism sees the nation – meaning the people – as the actual source of power and popular sovereignty.

There is no doubt that nationalism was one of the key ideologies that drove the struggle for self-determination and decolonisation. This was an anti-imperial, liberatory strand of nationalism that sought to reclaim Africa from European political, economic, cultural and intellectual domination.

It was an affirming nationalism without exclusionary impulses. But there are other forms of nationalism that define themselves as oppositional to “the other”. One expression of such nationalism would support one’s national interests but to the detriment of other nations and peoples.This has often led to isolationism or imperialism. Perhaps the most toxic forms of nationalism and sub-nationalism are inspired by race, culture and ethnicity. Racial and ethnic nationalism drove the colonial project. The imposition of Christianity as part of the colonial project cannot be isolated from white supremacy. Denys Shropshire, a white missionary in Africa, noted that Africans “as a primitive people” had not developed the “sovereignty of reason”.

A. H. Barrow, another European missionary, argued that the mission to Africa was the “least that we [Europeans] can do to strive to raise him [the African] in the scale of mankind”. By no means have deep-seated racist and ethnically bigoted views been expressed only against Africans – and then used to subject, or attempt, to destroy a whole people.

Racial hatred driven by the supposed superiority of the Aryan race over all others led to the Nazi Holocaust. The enslavement of Africans by Europeans and White Americans is a classic example of white nationalist supremacy.

In the case of Germany, ethnic and racial nationalism exerted itself at home and abroad, and sought global domination. It rejected the liberal constraints of political democracy. In it is the textbook application of the failure of the nation-state, or put differently, the inability of the liberal toolkit to contain the madness of nationalist and sub-nationalist hatreds.

What lends itself in the structure and normative canvas of political democracy in the crucible of the modern state to subvert liberalism? The crisis of liberalism, and its inability to realise the ideal society it imagines, is partially rooted in the problematic relationship between the nation – the people who inhabit the country – and the state, the political instrumentality that governs the nation and the country.

When the state is so captured, it may be rendered a servant of one of the nationalities to the exclusion of others. This nightmare scenario for liberalism can often vanquish the centrality of individual rights – and individualism, as opposed to racial or ethnical group consciousness and identities – as the pillar for governance and decision-making.

In other words, benign nationalism, defined as patriotism or commitment to the national polity as a whole, is replaced by pernicious ethnic, religious and racial mass consciousness that sees “the other” as the enemy against whom power should be exercised by exclusion, marginalisation, demonisation, or even extermination. The state is then untethered from its liberal moors and set adrift in the turbulent seas of xenophobia, racism and ethnic chauvinism. In this climate, the risk of pogroms against minorities, or those without power, is heightened.

In Europe and the United States, the rise of white nationalism has thrown open many seemingly settled questions about the liberal state, and the values by which it should be governed. Often, white nationalism is couched as populism, or citizen disillusionment with elitist, out-of-touch governments and institutions that threaten national, cultural and traditional heritages from within and without.

The white nationalist sentiment that stokes European hatred of migrants with fears that black and brown refugees and migrants are a threat to European values and traditions aims to torpedo the liberal values of open society, tolerance, equal protection, the rule of law, multi-culturalism, diversity and anti-discrimination.

Even serene and stereotypically liberal and tolerant Sweden has been no exception. In America, Donald Trump rode on a wave of white xenophobia to the White House. Once in office, Trump waged an unprecedented war against civil liberties, democratic institutions, the judiciary, the press, the notion of separation of powers, immigrants and refugees, and the rule of law in general. In a word, he singlehandedly wrecked long-standing norms and protocols of American democracy. Can democracy in Kenya and elsewhere weather these illiberal fascist tendencies?