Liberal democracy. Is it a fraud? 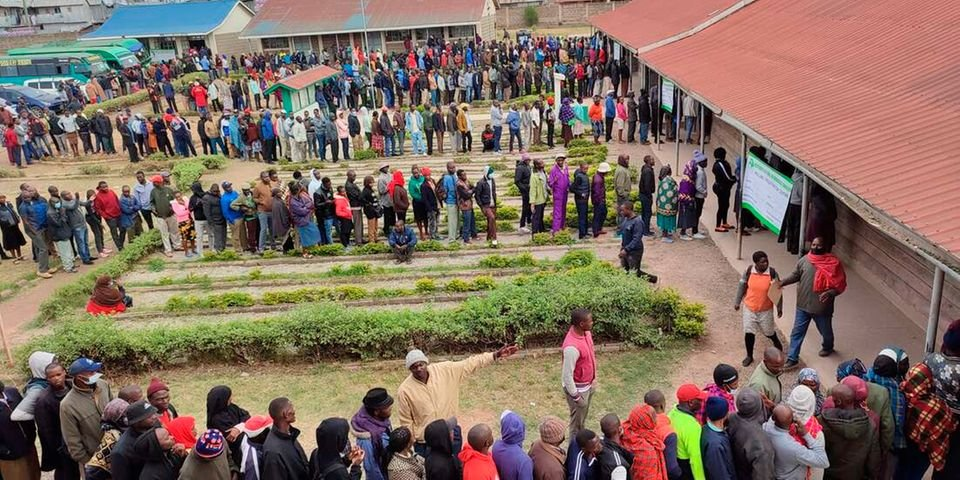 Kenyan voters wait in line to cast their ballots on August 9, 2022. The choices that individual citizens make in a democracy determine the character of that democracy.

The right to political participation is a central plank of the basic freedoms that are guaranteed by international law and the liberal constitution.

The choices that individual citizens make in a democracy determine the character of that democracy.

This is especially the case in national elections which often have a large consequence on national policies.

Let’s interrogate democracy today. The Bill of Rights in the liberal constitution is the normative instrument that stands between the people – seen as individuals or communities – and the tyranny of the state. The right to political participation is a central plank of the basic freedoms that are guaranteed by international law and the liberal constitution.

These municipal laws and international texts allow citizens to participate directly, or indirectly through their elected representatives, in the conduct of government and public affairs.

This franchise, which is exercised most fundamentally through the vote – a secret ballot in genuine periodic free and fair elections in universal suffrage for all without limitation as to race, religion, gender, ethnicity, political opinion, and other basic identities – is the bedrock of democracy.

It is the one pillar of an organisation that creates room for diversity so that different people in the same country can live a life free of discrimination, exclusion, and oppression. However, experience with political democracy shows that these lofty ideals are rarely achieved. The ills in any political democracy are legion.

The choices that individual citizens make in a democracy determine the character of that democracy. This is especially the case in national elections which often have a large consequence on national policies. What motivates individual voters is critically important as is the ability of individual voters to understand and digest the platforms of various parties and candidates.

The Lockean principles on which liberal democracy is founded did not sufficiently anticipate – and provide normative tools – to counter the impulses of the ignorant or bigoted voter who is often easily swayed by tribal primordial sentiments of identity.

Such sentiments can easily nullify liberal democratic values. Voter nullification, which I define here as the power of money and rich political cartels in elections to mute, dilute, manipulate, or vacate the ability of voters to make informed and nationally beneficial non-sectarian, non-racist, or ethnically-driven choices, is a gaping hole in democratic theory.         Winston Churchill, himself not innocent of racist and nationalist sentiment, is said to have noted that the “best argument against democracy is a five-minute conversation with the average voter.” There is no guarantee against the ignorance, or stupidity, of the voters – nor has democracy invented a cure for them.

That is why liberal democracy – and elections as its central pivot – is a fraud when presented as an antidote to the human conditions of mendacity, greed, hate, caprice, and weakness. Democracy is at one level the struggle about which elites will govern the state. It is not about how, or whether, the masses – the electorate – will govern the state.

But the masses have the ostensible power to choose which elites will govern them and the state. That is the central purpose of elections – for the masses to presumably “freely” elect their leaders.  But it is in the making of this “choice” where the trouble becomes evident. Elites establish the laws, norms, structures, processes, and rules by which society and the state will be governed.

Elites either create culture, or determine which culture will become dominant, or how it will be marketed. Elites decide what is taught in schools. Elites control thought through the media – even in the age of social media and the Internet. Elites are able to buy a speech and sell and create propaganda.

A TV ad, for example, in a political campaign can distort facts and flummox even the educated voter, let alone the poor rural ones who are often either illiterate or barely literate, even in advanced democracies.

These deficits make a mockery of the notions of free speech, or informed choice. Nor is it clear that reforming electoral or campaign finance laws would do much to address these gaping problems. It is these weaknesses in actualising liberalism that I call Locke’s fraud. The rights in the liberal tradition can often be empty vessels that can be filled with anything, including values and choices that are inimical to democracy.

Rights by themselves are empty receptacles that have no essence, or substance. Method and process do not – and have not – provided democracy with the devices to address its deficits. Laws do not enforce themselves. Laws are an extension, a reflection of society’s morals and values. The law is the culture in the sense it manifests the accumulated wisdom of a people, a nation.

But those laws are anchored in norms, which are not enforceable as legal text. Norms are the social scaffolding in which the laws are sheathed. This hand-and-glove relationship between laws and norms means that laws only work, and are enforced, where the norms are legitimate and shared widely among elites and the people as the vox populi.

Societies go out of social balance when the dialectic of laws and norms collapses.  If either the elites or the people, reject the norms, then the laws are not worth the scraps of paper on which they are written. Elections, or political democracy, are not equipped with an answer when elites reject norms and hence the resultant laws.

This is the curse of democracy. It cannot correct itself if the majority, or the elites, decide to break the protocols of democracy and embrace fascism, or illiberalism. Democracy is adrift where the people reject its restraints and mores.