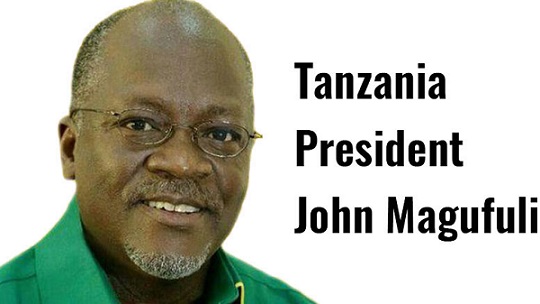 Love or hate him. President John Pombe Magufuli is a wonk who though unexpectedly arrived at the rightest place and time in the history of our country. Those who still remember how the tussle for presidency was in 2015, still remember how Magufuli wasn’t among 800-pound gorillas in the race for the highest office in the land. Instead, two luminaries, Bernard Membe and Edward Lowassa, who ended up finishing off each other, were the toasts of the town.
Looking at how Tanzania was then, I must admit; the arrival of Magufuli wasn’t an accident; and, if it were, it is a good one. The country was in shambles next to going to the dogs.  Therefore, the country badly and deservedly needed a person like Magufuli. Corruption, embezzlement of public funds, systemic indiscipline, rent-seeking culture and other vices were rife. Who has now simply forgotten how drugs were tainting our image internationally? Who has now forgotten maltreatment in public offices, hospitals and everywhere else? Who’s easily forgotten tax evasion and low tax collection not to mention lack of leadership conviction, good intention and vision?
Now that Tanzania is on the right track, some detractors still wag their tongues accusing and discouraging Magufuli simply because his regime has denied them what to do or say. Indeed, Tanzania needed; and verily, still needs Magufuli and his so-called Magufulification. Under Magufulification, as a country, we’re able to embark on the industrialisation of our country; expanding infrastructure not to mention improving services in various sectors. What else do we want? Those who think that commending Magufuli is kowtowing before him must look at the numbers of his achievements and the quality of services Tanzanians are now enjoying. Those who doubt Magufuli’s vision should go to rural areas and ask farmers whose produces were not marketable, but now are; though not all. They’d go and see the roads, bridges, schools and hospitals among others Magufuli has improved.
Of all, Magufuli proved to be the man of another world after practically embarking on moving the capital city to Dodoma. If anything, moving to Dodoma is but the bone that hyenas failed to consume; if I may borrow Swahili proverb. Further, Magufuli wholeheartedly decided to take on mega corruption. How many cases involving mega corruption are before the courts as culprits wait to hear their verdicts? How many sacred cows are now waiting for their fates to be known after cooling their heels in the dungeon that formerly was for wezi wa kuku?  Who’d think that scams such as IPTL, Escrow and others would be dealt with mercilessly but legally?
I know as everybody knows; Magufuli still has a lot on his plate vis-à-vis other scams such as Mwananchi Gold, Lugumi, TICTS, UDA and others. Let’s give him a break; as we remind him that we’ve not forgotten such scams. Who thought academic corruption involving forgery and faking qualification not to mention ghost workers would become history? Go ask students in our schools whose school fees are catered for by the government. Why don’t go interview the parents whose kids are getting free education. Go ask patients in various dispensaries and hospitals about the quality of services they receive compared to the time before the introduction of Magufulification. Why can’t we clap Magufuli and his Magufulification instead of crapping him up?
There are allegations that Magufuli stifled democracy. Well, it depends on what one looks into. Again, if we consider how democracy has never brought food to the table, we need to address and tote such assumptions carefully considering the real situation our country was in. We need democracy. So, too, we need development. To address the issue of democracy, I posit that our people should be asked to decide what they’d like first between irresponsible democracy and controlled one that aims at creating space for the government to fulfill its promises. Here, there’s one thing we need to underscore. Magufuli isn’t implementing his personal policies. Instead, he is implementing the policies based on the promises he made during the presidential campaigns so as to secure the mandate he is now using to do whatever he is doing.
Hate the devil but give it its due. Those who doubt Magufuli’s move should go and ask expecting moms, particularly in rural areas. Further, they should ask the paupers who were ripped off by government officials who used to overtax them. They should ask the paupers who are now using electricity over 50 years since the country acquired its independence. They should ask the people in far-flung regions such as Lake Region who used to travel to Dar Es Salaam via Kenya and Uganda.
In sum, those who abhor Magufulification should evaluate him internationally. Tanzania is the talk of the world today simply because of Magufulification. Foreigners coined even the term Magufulification. I, firstly, heard of the term in Zimbabwe; thereafter, in Kenya. Indeed, this shows how no prophet  accepted in his town.
Source: Citizen, May 16, 2018.
Posted by NN Mhango at 21:14