Is Western failing in Africa or Africa is failing western democracy? 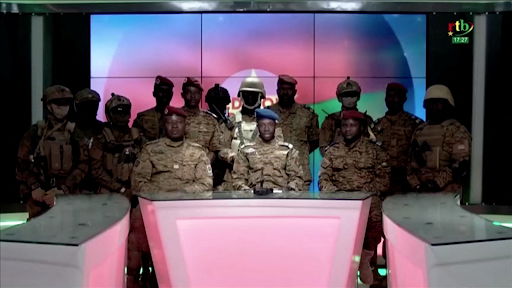 Many people get it faultily vis-à-vis western democracies. Western democracy’s been synonymously with western countries, which glorify and reify themselves as being successful and mature ‘democracies’ even though they’re practically not if analysed historically and compared and contrasted to realities on the ground.  I must say it from the outset, democracy wasn’t born in the west but everywhere.
Again, what did the western countries get fittingly and African countries erroneously as far as democracy is concerned? Before answering this question, I must ponder on the major question. Is western democracy failing in Africa? Yes, it’s failed so badly so to speak. Why? Because it is fake, and half baked. How can there be acceptable and true democracy without justice and wealth? How can there be spot-on democracy without economic democracy that enables every human to get basic human needs? How can there be true democracy while the one in the west is different from the one in Africa? If anything, this is what sets African countries and their western counterparts apart.
Western ‘democracies’ are ‘ideal’ because of the wealth they accumulated through robbing others by means of colonisation. They robbed others so as to become ideal democracies and those robbed became unideal democracies. This is what is missing in Africa. That is why western democracy seems to fail squarely in Africa. And its failure heralds the return of nasty dictatorships and military juntas, which are now crawling back methodically under the guise of assuaging the situation.
Those who evidenced the cheers in Guinea, Mali and recently Burkina Faso after democratically elected governments were pulled down, will agree with me that there cannot be any meaningful/successful/ideal democracy without economic muscles. If poverty that’s become normalized and internalized in Africa continues unabated, many governments will be pulled down. I wonder to see civilians in the streets cheering the army after taking over as has been the case in the above countries where juntas have ceased powers not for the aim of addressing the anomalies but just robbing the same cheering people.
We evidenced it in Sudan when its long time tinpot dictator, Omar Bashir’s pulled down. What did cheering-Sudanese get thereafter as the junta’s now butchering them every day? Whenever I see muttons cheering the hyaenas, I break down. These victims fail to see the patterns. Instead, they see short time euphoria either because of desperateness or ignorance. Whenever I see a young chimp celebrating the scorching of the forest, I temporarily and theoretically don’t get it. In the long run, I practically get it. I know what ignorance causes to the body harbouring or housing it.
Many people blame the African Union and other regional bodies for failure to put a stop on the coups. How’ll they do so without any economic wherewithal? Without addressing poverty, Africa’ll remain dangerously precarious.
Apart from poverty, African governments are in harm’s way because of corruption, nepotism, ineptness, bad governance and dependence. Shall they not smell the coffee and do something about them, it is about when but not if they’ll be ousted, especially currently a new crop of opportunistic young soldiers is taking over although they too have nothing to offer except to replicate the same as has been in Sudan. This said, desperate citizens who cheer them are doing so for their peril. Citizens need to know that the ploy of fighting corruption that’s become the ditty of corrupt military gives them no hope. All catfish, goatfish and hagfish, among others, have barbels.
It is sad that human failed to learn from history. So sad that we’ve run out of road. For, if they learned from it is nothing but not to learn from it. Almost all foetid dictators from Adolf Hitler and Benito Mussolini to Idi Amin and Jean-Bedel Bokassa chaunted the same jingle when they took over. Again, what did they offer? Nothing but the replication of the same! Let me offer an answer from one great revolutionary, Museveni, president of Uganda.  When he ousted Tito Okelo, the head of the then military junta, said that “the problem of Africa are leaders who overstay in power.” What did he offer? He just overstayed. What have Gen. Mohamed Hamdan Daqalo in Sudan, Abdel-Fattah al Sisi in Egypt, Col. Assimi Goita in Mali and Lt. Col. Mamadou Doumbouya in Guinea offered? Just the same. What do you call doing the same thing over and over again expect different results?
Has western democracy in Africa failed or Africa has failed it? How many governments should be brought down for Africa to smell a rat if not the coffee?
Source: African Executive Magazine tomorrow.
Posted by Ndugu Nkwazi N Mhango at 18:19