We’ve failed to weed out ignorance 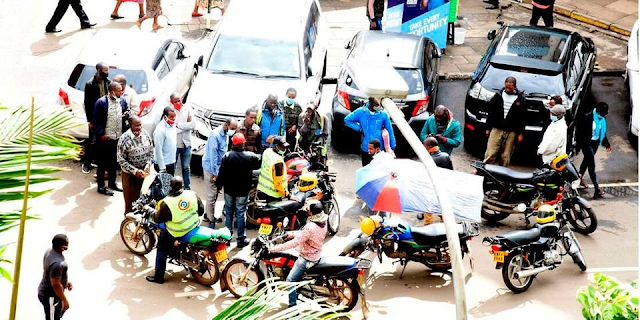 Walk down the street, or in any village, and ask any Kenyan what the country’s national interests are and you will get a blank stare.

By Professor at SUNY Buffalo Law School and Chair of the KHRC.

A prominent politician likes to remind Kenyans that the country “has a shortage of fools”.

By this witticism, he means that Kenya has only a smattering of fools. As one who shares my nativity with Kenya, I will be forgiven if I differ.

Don’t get me wrong – I wish the aforementioned cunning snake-tongued politico was right. But he’s dead wrong. Today, I want to distinguish between “fools” or “idiots” – “wapumbavu” in Kiswahili from “wajinga” – “ignoramuses” or “dunces”.

A dunce is an utterly ignorant person. Wapumbavu are those who willingly ignore facts and engage in idiocy or tomfoolery. Ignoramuses, on the other hand, are either victims of fate, or society. In my estimation, Kenya may have more wajinga than wapumbavu.

A “mpumbavu” (the Kiswahili singular for a “fool” or “idiot”), therefore, is his own victim. He’s a self-victim who’s elected to reside in that pitiable station. No one but himself has victimised him.

Being a mpumbavu is a conscious choice undertaken through the agency of self. No one has held a gun to the mpumbavu’s head. No – he’s willingly marched himself to the slaughterhouse. I grant that he may be suffering from false consciousness.

But that would be paternalising – or infantilising – him. It would be denying him individual agency. Who am I to decide that a full-grown person who should know better doesn’t because of false consciousness, or the skullduggery of others? He must take full personal responsibility.

A “mjinga” [the Kiswahili singular for an “ignoramus” or “dunce”] is a different matter. Mjinga may seem like an abusive word, even an epithet, or a derogatory term. But its etymology isn’t.

“Ujinga”, or the state of ignorance, is different from “ushenzi”, or conduct that breaches norms of civil society. This is what people colloquially call “uncivilised” behaviour so that a “mshenzi” is one who’s “uncivilised”.

The terminology is dirty and has racist connotations for it was (and is) directed at Black Africans by Arabs, Arabised Africans, or Whites. It’s language that they use against “natives”. That’s why I am distinguishing “mjinga” from “mshenzi”. Ujinga is simply the absence of knowledge, or the inability to navigate complex questions.

Often a mjinga is a simpleton, an individual who has been denied access to social, educational and economic opportunities by society. Such a person falls in the dregs of society and is unable to defend or protect himself or herself, or advance their own interests.

In human rights language, we might call such demographics the “marginalised”, the “excluded”, or even the subaltern. In India, they could be the Dalits, or the Uighurs in China.

The Rohingya in Myanmar. Or even the Maa or the Turkana in Kenya. But they don’t have to be a racial or ethnic minority. They could be boda bodas of any ethnicity or race. They could be women or girls denied opportunity for self-actualisation. It’s often class-based.

No society can develop unless it creates a state based on the structural transformation of the material conditions that create wajinga. In other words, the state’s purpose must be the elimination of the petri-dish on which ujinga is incubated.

This means investing resources in education, anti-discrimination programmes, eliminating barriers to equal access like corruption, growing an economy of empathy, equity, and inclusion. In fact, this is what the first African post-colonial states promised upon independence.

Then they quickly went where all bad things go – south. They stopped fighting poverty, ignorance and disease and instead started to fight their own people. Ujinga exploded. Today we have more wajinga in aggregate numbers than we did in the first decade of independence.

What’s my point? No politician should say we have a shortage of either wapumbavu or wajinga. We have plenty of both. The wapumbavu are those who are cynical and think only of themselves because they belong to the upper echelons of society, or in a favoured ethnic or racial group.

I end where I started. Shall we break the curse of the wapumbavu and wajinga, or are we destined to be a banana republic? I know this. History tells us that no nation has ever become great without an insightful elite driven by irreducible national interests.

I submit that the Republic of Kenya has never inculcated in Kenyans their irreducible interests. Walk down the street, or in any village, and ask any Kenyan what the country’s national interests are and you will get a blank stare.

A deer caught in the headlights. This is 60 years after we kicked the British out. It’s no way to fight upumbavu and ujinga.